← more from
Yellow Dog Records
Get fresh music recommendations delivered to your inbox every Friday.
We've updated our Terms of Use. You can review the changes here. 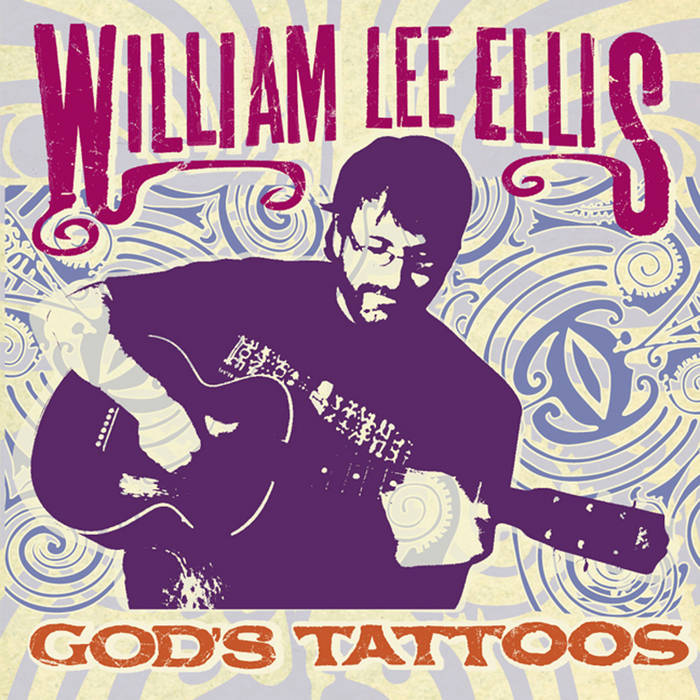 William Lee Ellis sings of the Apocalypse, devils on his shoulder, and his search for spiritual meaning, combining a love for slide guitar, gospel blues, and roots rock with genuine reverence for shamans and sages ranging from Leadbelly and Mississippi John Hurt to Joseph Campbell and Carl Jung. Via twelve adventurously eclectic, often introspective tracks, Ellis roams a metaphysical no-man’s-land, where blues, gospel, acoustic pop, and even a rhumba beat underscore his quest.

Produced by Jim Dickinson (Bob Dylan, the Rolling Stones), God’s Tattoos unwinds like an aural dreamscape that blurs the line between sacred and secular music. Ellis eloquently states his claim as a master musician and skilled lyricist who employs time-honored music forms to explore the common concerns of modern man – as exemplified by the title, which refers to psychic and emotional scars or “tattoos” we all wear inside. A unique listen that fits somewhere between Ry Cooder’s Into the Purple Valley and Buddy Miller’s Universal United House of Prayer, God’s Tattoos provides inspiration and sustenance for roots music fans of all persuasions.

"There's no one else playing exactly the same sort of music as William Lee Ellis," said legendary producer Jim Dickinson of the Americana/blues master acoustic guitarist. "It's as if he's invented his own sort of 'holy blues' genre."

Bandcamp Daily  your guide to the world of Bandcamp